The U.S. Army was established on June 14, 1775 and this year marks its 246th birthday. This year’s them is “Honoring the Courage of the American Soldier.” For more on events associated with this year’s birthday, check out the following links:

The Association of the U.S. Army (AUSA) has joined six other organizations to get congressional support for the Reserve Component, including expanded health care coverage, eliminating equipment shortfalls, and an increase in full-time personnel support.

The Associations are asking Congress to consider expanding the Tricare program to federal employees, who are now excluded and study the feasibility of eliminating premiums.

Additionally, the associations ask for an increase in authorized full-time National Guard and Reserve personnel that keeps pace with increases in the size and optempo of the Reserve Component. They also ask for continued congressional support for “robust funding” of equipment and platforms to ensure the reserve component keeps pace with active forces and funding to address equipment shortfalls and compatibility issues.

We sincerely hope you will renew your AUSA membership and your membership with our Delaware chapter. Because we don’t have an active duty army base in our state, our chapter’s focus is on our National Guard and Reserve Soldiers and their families, retirees in the state of Delaware, and our veterans. We also annually support “Our Community Salutes” (OCS) which acknowledges those young women and men who have volunteered to serve in our nation’s Armed Forces.

We appreciate your past support and we are always looking for people to help and new ideas for our chapter events. AUSA is the only organization focused on all Soldiers and their families regardless of their status or rank. We hope you will join us in supporting Delaware’s Soldiers, their families, our retirees, and our veterans. Check out all the member benefits available to you. 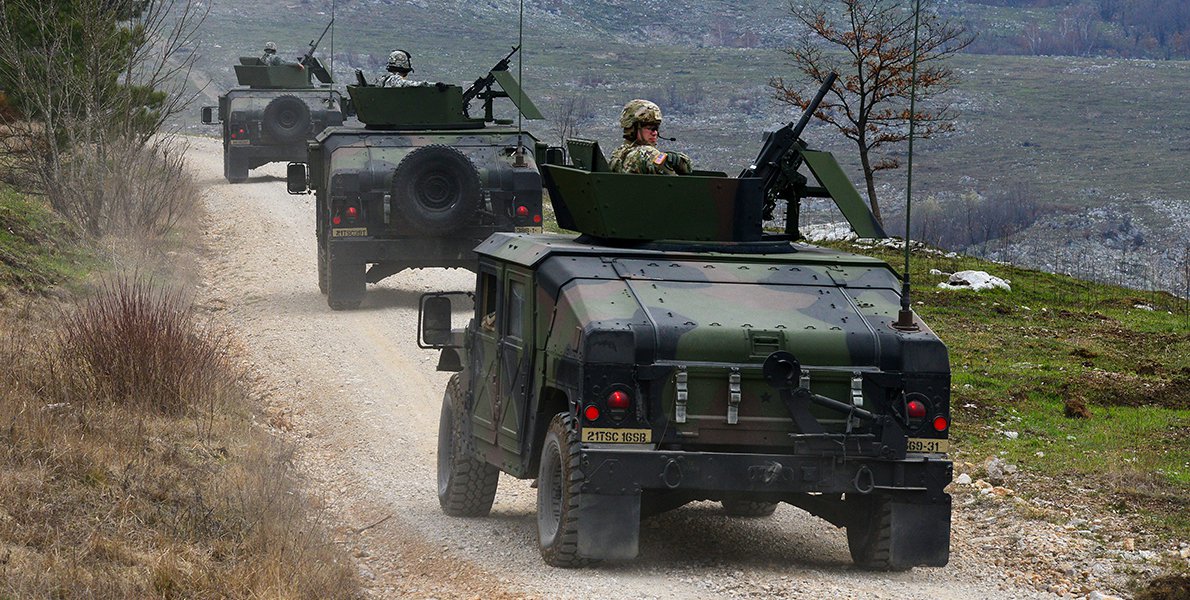 By the end of September, the Army’s end strength will receive a boost of 28,000 soldiers above the original troop levels authorized for the current fiscal year.

The increase was authorized as part of the fiscal 2017 National Defense Authorization Act and leaders say it is expected to markedly improve readiness. Leaders were informed of the increase in December.

“The No. 1 problem we have right now is that formations are manned at 95 percent,” Lt. Gen. Joe Anderson, deputy chief of staff for operations, told the House Armed Services Committee. Compounding that problem, he explained, are other variables in soldiers’ availability such as those who are nondeployable, retired, on permanent change of station or attending school, which bring formation levels down as low as 78 percent.

To make the fewer than 30,000 soldiers assigned to Europe look more like 300,000, U.S. Army Europe needs the Army National Guard and Army Reserve to train in the theater on a regular basis, the command’s top Guard leader says.

To that end, Army commanders in Europe are creating every possible training opportunity for Guard and Reserve troops, said Maj. Gen. John M. Gronski, who became U.S. Army Europe’s deputy commanding general for the Army National Guard on May 1.

The Family Readiness Directorate of the Association of the U.S. Army has planned an event in September aimed at Army National Guard and Reserve families.

The forum for National Guard and Reserve spouses will look at help that is available for spouses and families when not located in a military community. The discussion will focus on where to find help, how to build a support network and practical tips.

Register for the Guard and Reserve spouse event here:

The Army would get a $7 billion increase in its base budget for 2016 under the Obama administration plan unveiled Monday.

The administration requests $147 billion for the Army in fiscal 2016, $2 billion less than the current budget in a reduction resulting from reduced funding for contingency operations.

The 2016 budget was announced Feb. 2, at a time when the Army has 140,000 soldiers serving in 150 foreign countries, and with nine of the Army’s 10 active divisions having headquarters actively engaged in ongoing operations.

The modest boost for the Army is part of a decision by the administration to ask Congress for a 2016 defense budget that is $38 billion over spending caps set in the Budget Control Act, something that will require consent from lawmakers. While the Army would receive $7 billion more than current spending, the budget would provide a $16 billion increase for the Air Force and an almost $12 billion increase for the Navy, according to Defense Department briefing charts.

Forty-five percent of the Army’s base budget goes for personnel costs, with 36 percent for operations and maintenance and 18 percent for weapons programs. Spending on personnel is flat, even though the Army expects to be smaller in 2016, a result covering the cost of modest increases in pay and benefits. The budget includes a 1.3 percent basic pay hike, an average 1.2 percent increase in housing allowance and a 3.4 percent increase in subsistence allowance.

There is $16.1 billion allocated to Army weapons procurement in the budget request, up from $13.9 billion in 2015. Increases are spread over aircraft, missiles, track vehicle and ammunition programs, but Army officials said a top priority is modernizing Apache, Black Hawk and Chinook helicopter fleets in support of the Aviation Restructuring Initiative, a controversial topic where an independent commission could end up deciding details and timing.

Ninety-four Black Hawks, 64 Apaches and 39 Chinooks would be purchased in 2016, an increase from the 87 Black Hawks, 35 Apaches and 32 Chinooks funded in 2015. Money also is included to buy 450 Joint Light Tactical Vehicles and upgrades for 87 Strykers.

Unhealthy and unnecessary friction in the Total Force is a consequence of the larger budget pressures facing the Army. We need to make certain the suboptimal decisions foisted on the Army’s leaders don’t damage the overall cohesiveness of what is shaping up to be a much smaller active, Guard and Reserve force.

You can read the entire op-ed article published in Breaking Defense on January 19, 2015 here. Included you will also find links to MG (Ret) Gus Hargett’s comments for NGAUS’s perspective on the current budget crisis facing the Department of Defense and the Department of the Army in particular. Regardless, GEN (Ret) Sullivan is right in that the “most precious, capable, and flexible weapon system is people.”

Wilmington University has invited us to join in honoring our nation’s Heroes!

The event is designed to recognize and honor our Servicemembers, Veterans, and their families. It will include attendance by Government Officials/Representatives, Senior Leadership from Wilmington University, our Military/Veteran Student Organization, and Vendors from the community. Activities will be available including a massage table, acupuncture table and a special “Rifle Spinning” demonstration performed by the ROTC Drill Team from William Penn High School! A light lunch, cake, and prizes will also be provided for attendees.

Thank you to everyone who made this year successful. As a chapter we received a number of awards this year and we couldn’t have done it without your help. Please check out the awards document here: AUSA Awards Book 2012-2013